In October of 1908, Charles Doriot, a sawmill operator from Wausau, announced he would build a summer resort called Cedar Lodge on the large island on Stone Lake. The resort would include a 30’ x 60’ main building with a dining hall and several small log rental cabins dotting the southern shoreline.

Advertisements appeared in newspapers as far away as Indianapolis, highlighting the numerous recreational opportunities available to potential guests — fishing musky, pike, walleye and bass on the lakes of Manitowish Waters; hunting deer or partridge; and rowing or yachting. 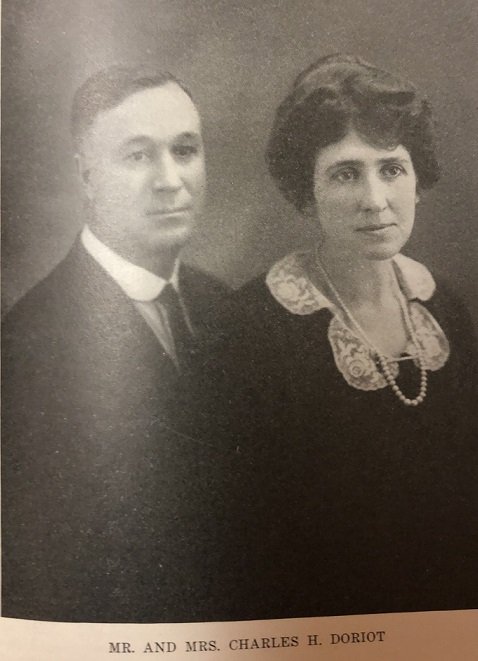 Guests would make the long journey, first by train and then stagecoach, and finally by boat to Cedar Lodge from late May through September. It did not take long for Doriot’s resort to gain a reputation for fun and entertainment as fishing adventures were published in noteworthy outdoor magazines like Outers’ Recreation, and dance parties were advertised in local newspapers.

Running a resort on the island did not come without its challenges. It was reported in 1911 that Mr. Doriot’s son was rescued by his mother after falling off a pier. The cold winters and long spring seasons presented another burden, and by 1913, he moved his family to the mainland for the winters. While there is no record of a specific reason for its closure, in 1917 Mr. Doriot shuttered the doors of Cedar Lodge. For the next three years, the resort would remain closed until Mr. Gus Koerner purchased it in 1920.

Mr. Doriot did not abandon the resort enterprise, however. Instead, he purchased Deer Park Lodge on Manitowish Lake and for more than two decades, it became synonymous with first rate service, excellent fishing, and pleasing beaches.

Other Resorts at this locations since being founded in 1908