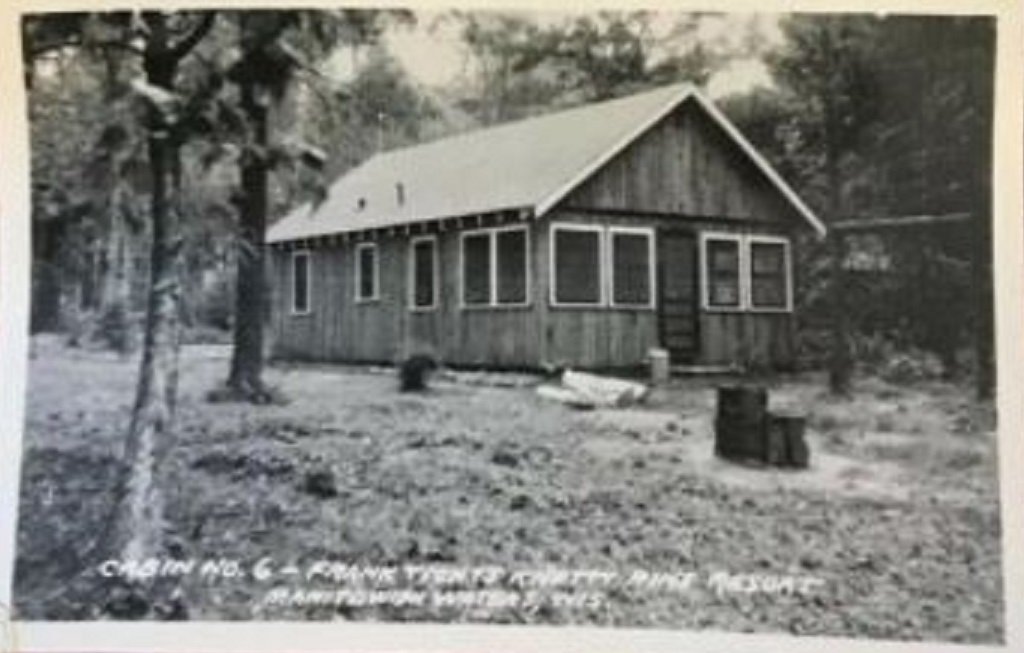 Tichy’s Knotty Pine Resort, located just past Bensen Lake on the Manitowish River, was an active resort beginning in 1946 and operated until 1974. Manitowish Waters Municipal Tax Records has on record that resort owner Frank Tichy possessed six rowboats, indicating the resort’s popularity. Photographic evidence indicates that the resort peaked at a minimum of six cabins. 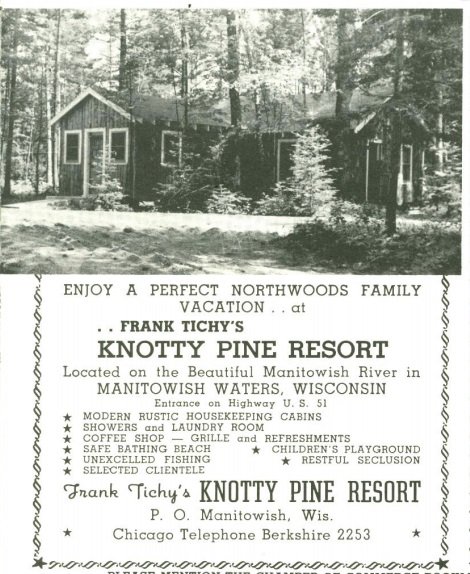 Advertising in the Manitowish Waters Chamber of Commerce described their cabins as modern rustic housekeeping cabins. There was a central building for showers and a laundry room. The resort had a coffee shop with a grille and was considered to have great food. Frank Tichy advertised home-cooked meals with a “Northwoods breakfast” that was considered excellent. Tichy advertised a safe beach and children’s playground looking to attract family vacationers.

He was involved in the Manitowish Waters Chamber of Commerce, and he participated in a men’s version of a beauty pageant at Koerner’s Resort in August, 1950, portraying Miss Dam Lake during the show. This pageant was first performed for the Miss Wisconsin party held in June of the same year.