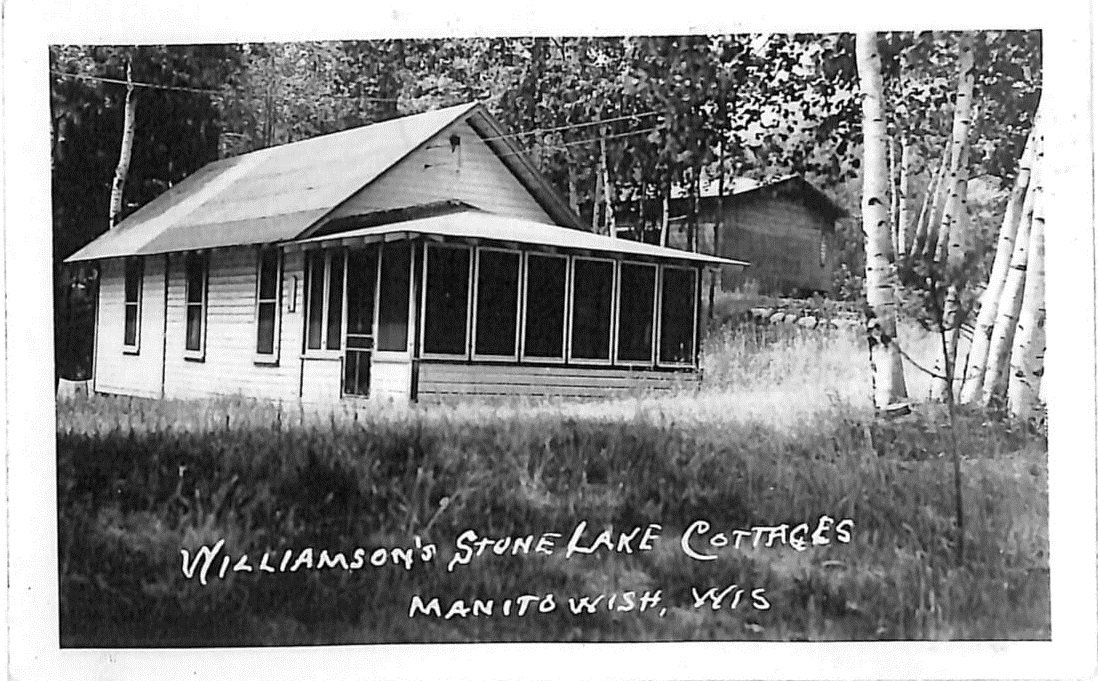 Peter and Charles Williamson started a resort named Williamson’s Stone Lake Cottages in 1936 after obtaining the property from Jessie Doriot in 1935. The

resort was located on the southern shoreline of Stone Lake, adjacent to a large state-owned forest, amongst the mature white birch trees. There were eight rustic Northwoods cottages, consisting of two, three, and four rooms each. While the cottages were simple, lacking modern amenities like running water or bathrooms, they were well kept and suited for the environment. For bathing, guests were advised to take advantage of the conveniently located sandy beach, and there was a well on the property with cold, clean drinking water. To keep your daily catch cool, there was an icehouse on the grounds, and each cabin had a cast iron sink. Each of the wooden, shaker style cabins was painted white with a green trim, and the large screened porches that overlooked the lake kept the mosquitos away in the summer.

For a true outdoorsman looking for an adventure, the resort was a gem. Each guest had their pick of a “clean and dry” fishing boat, and pictures showing large musky caught on the nearby lakes were abundant. One picture, showing an enormous, outstretched black bear stalking a morsel of hanging food on the grounds of the resort, demonstrated another possible attraction sure to excite the adventurer. 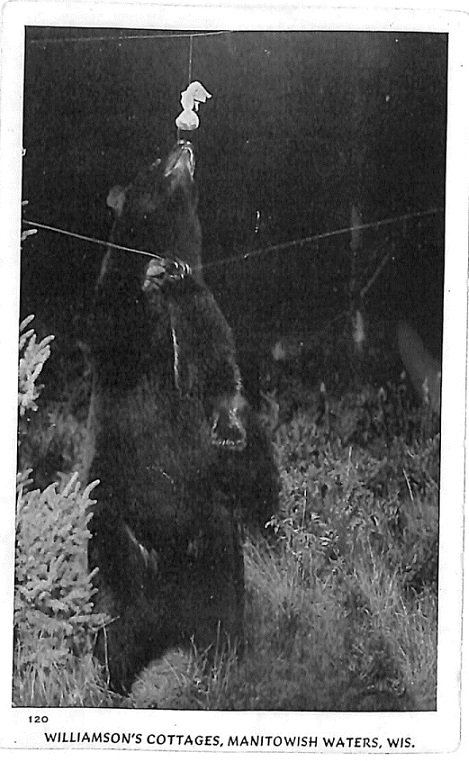 Peter and Charles Williamson ran the resort from May through October for more than 20 years. During the offseason, they would move south, often to Chicago, where Peter was employed. Later, they frequented Biloxi, Mississippi for warmer weather. In 1956, for reasons unknown, they sold the resort to Merlin and Evelyn Peterson.