A bartender for Public Enemy #1, a resort owner on a quiet corner of a beautiful chain of lakes in the Northwoods, and a legend on the local musky circuit. This life would have been hard to imagine for a young George Bazso working construction in Des Plaines, IL at the onset of the Great Depression. The seemingly trivial decision of giving a friend a lift to Hayward made all of this a reality. On their return trip, George and his friend stopped at the Little Bohemia Supper Club in Manitowish Waters where owner Emil Wanatka, in need of a maintenance man, offered George a job. It was an easy decision for George, who knew right away this was a place he could call home. And that’s exactly what he did. In the next 10 years, George survived a shootout involving the FBI and John Dillinger at the Little Bohemia, met his future wife, Mabel, ran his own bar named The Tower Bar in Manitowish Waters, and in 1942 became the proud owner of a small resort on the Rest Lake Channel called Hillcrest. There, he and his wife would run the resort for the next 50 years. 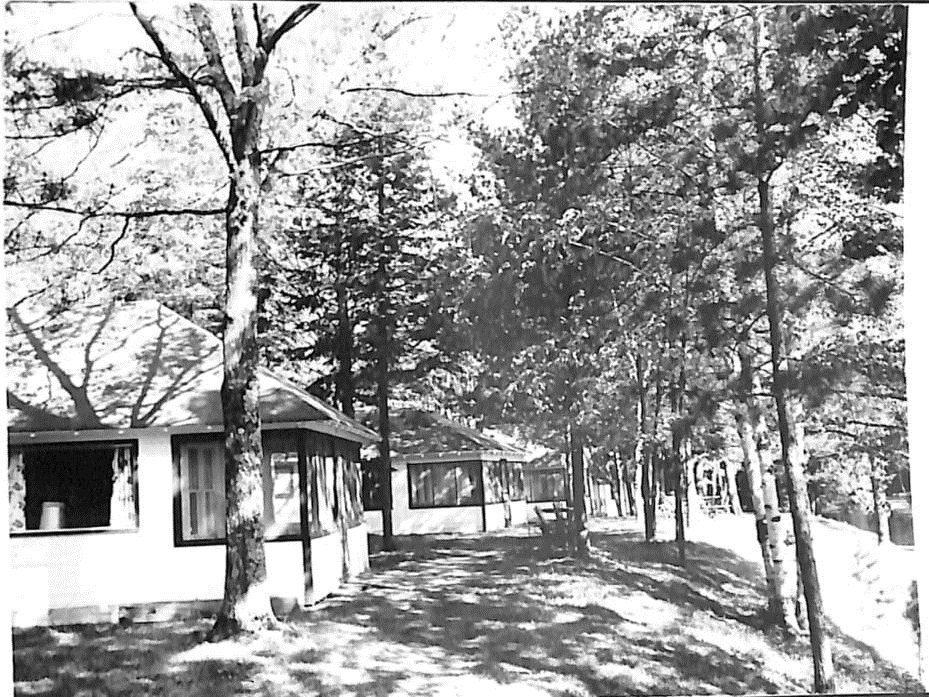 Situated on the long channel between Stone and Rest lakes, Hillcrest Resort sat on a small embankment, blending in among the tall white pines characteristic of the Northwoods. The small cabins, six in total, are only a stone’s throw from the water. Each cabin was painted white with green trim. They were small and narrowly built and always well kept as a result of Mabel’s diligent work cleaning them. Like the cabins, the property was well kept. It was left natural and as maintenance free as a resort property could be. There was a dirt road leading to a communal parking space for guests, a walking path connecting each cabin to the waterfront, and small patches of grass in areas where the trees allowed light. All of this was just fine, given the main attraction of the resort was the opportunity to fish with George. 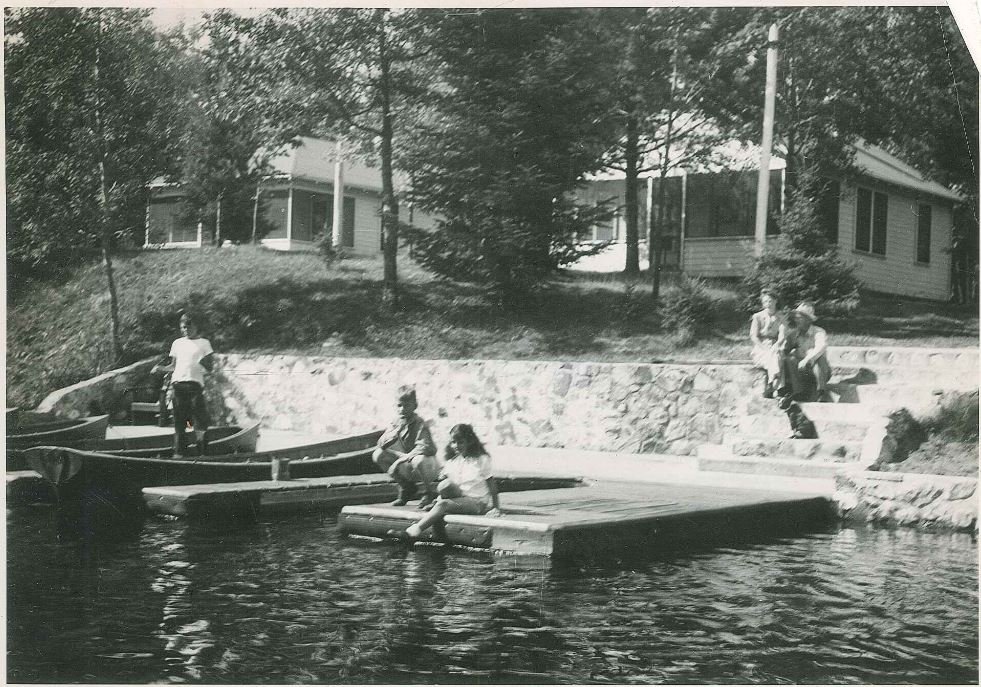 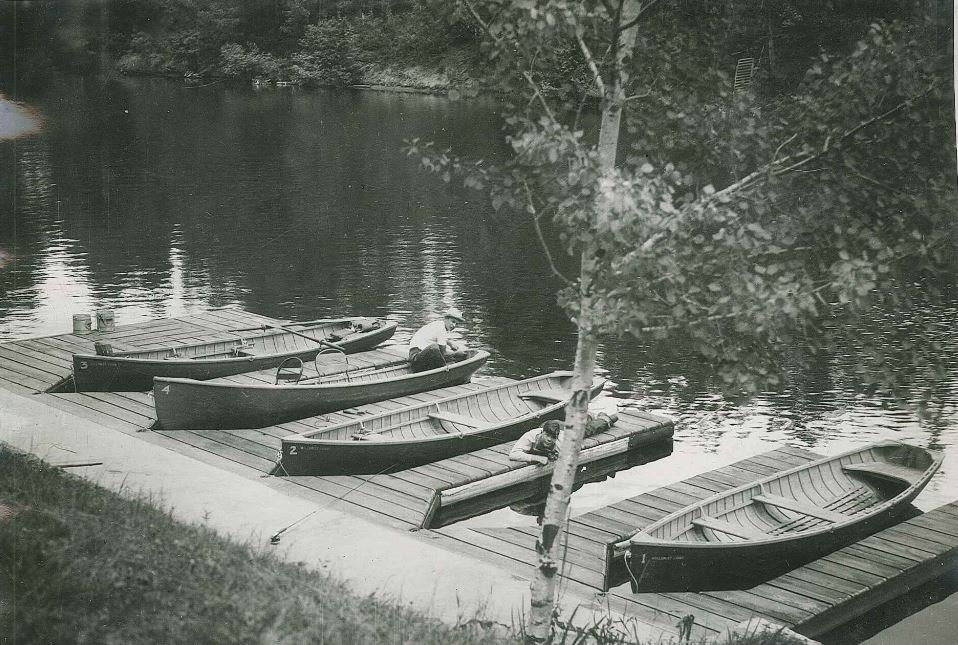 Following WWII, Manitowish Waters gained popularity for outdoor enthusiasts with its vast forests, pristine lakes, and abundance of wildlife. For resort owners like George and Mabel, fishermen were a major source of income for their small resorts. As fishermen flocked to the Northwoods, it did not take long for locals with an extreme passion for fishing to hire out their services and guide tourists visiting the area. A few of these fishing guides became well known for both their expertise and personalities, and when it came to catching the musky, George was recognized by fellow guides as one of the best. In his book “Musky Fever,” lifelong fisherman Bob Pinkowski referred to George as the best fisherman he had ever come across and explained how George had mastered using weather patterns to track and predict the behavior of the elusive musky. It did not take long for Hillcrest Resort to become synonymous with the resort for the musky fishermen. George’s expertise did not come without hard work. George’s white boat with green trim (matching his resort) could be seen on one of the local lakes nearly every day during fishing season, day or night. George also had a lot of help from Mabel, who kept up the resort during fishing season, keeping the property clean and managing the books and reservations. 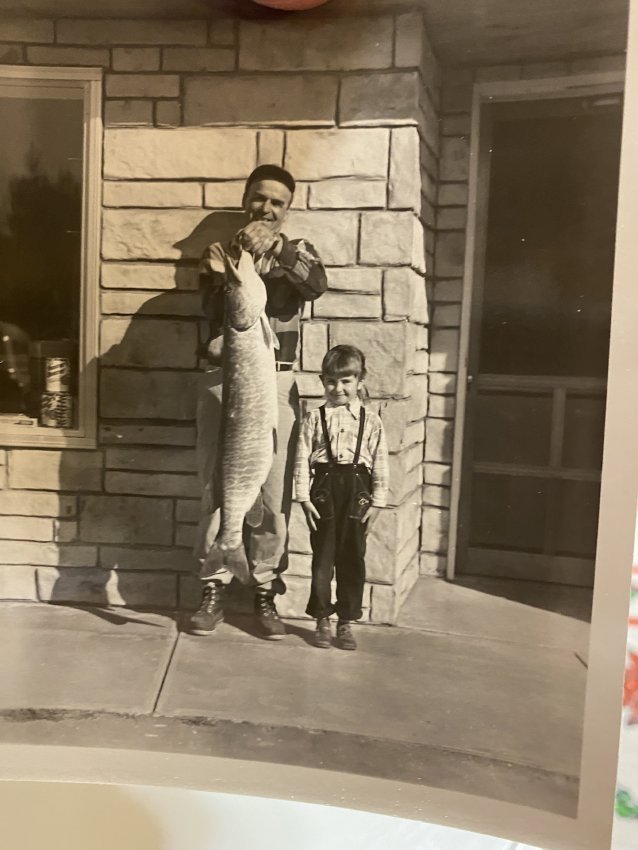 Today, there are far less musky stories being shared at Hillcrest Resort. George and Mabel gave up their resort after 50 years of service. They sold all but one of the cabins, which is now owned by their daughter Judy, who still rents the cabin during the summer season.

Other Resorts at this locations since being founded in