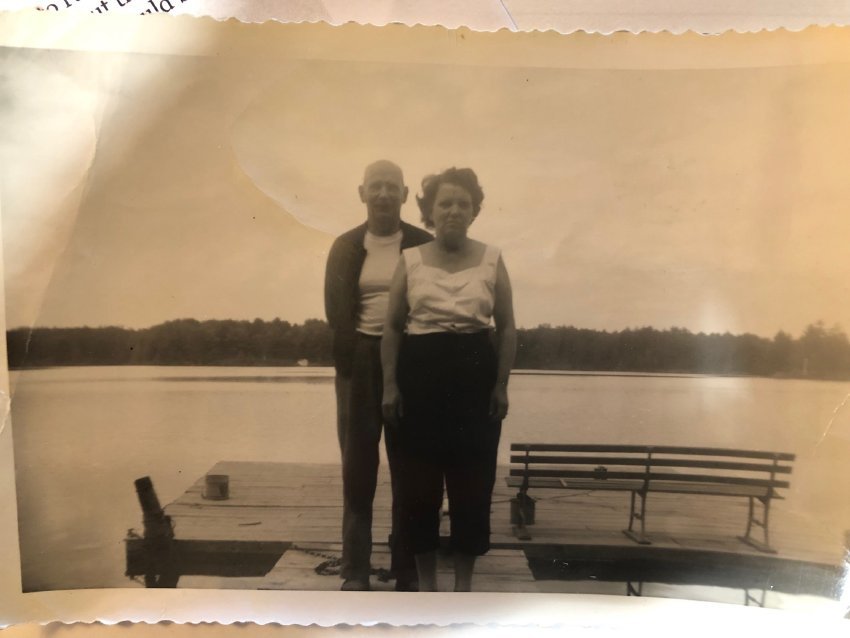 Merlin “Puggy” and Evelyn Peterson circa 1960

Puggy and Evelyn Peterson vacationed on the Manitowish Waters chain for more than a decade. Their families built two small cabins on Little Star Lake before buying Williamson’s Stone Lake Cottages in 1956 from Peter and Charles Williamson. Staying in the cabins for only a short time, Evelyn was reminded of a trip to a Minneapolis home of a friend where birds beautifully sang in the nearby tall trees. She decided to change the name of the resort to Lor-Wood Resort, which means “birds singing in the woods.” Quickly, they began making updates to the cabins. Because they were small and suited for only a small party of fishermen, they enclosed the screened porches, adding additional living quarters. The locally milled knotty pine used in the construction and the large windows overlooking the lake added to the Northwoods appeal, and the additional space allowed families to stay comfortably. Next, they focused their efforts on modernizing the cabins. They added running water with baths and showers, electricity, gas heat, new beds, and refrigeration. The new innerspring beds were of particular importance because many resorts at this time only provided cots.

Perhaps the most important change was the recognition of the value of a communal beach area. Puggy saw that more and more families were coming to vacation and decided to reorganize the waterfront. He removed each cabin’s own personal docks and created a communal space at the center of the resort. There, each guest could access a resort boat and utilize the beautiful sandy beach for swimming. Merlin’s granddaughter, Renee, recalled this as being of particular importance. She explained that guests now interacted and families grew close. Families returned year after year, often renting the same week so they could mingle with their new friends. 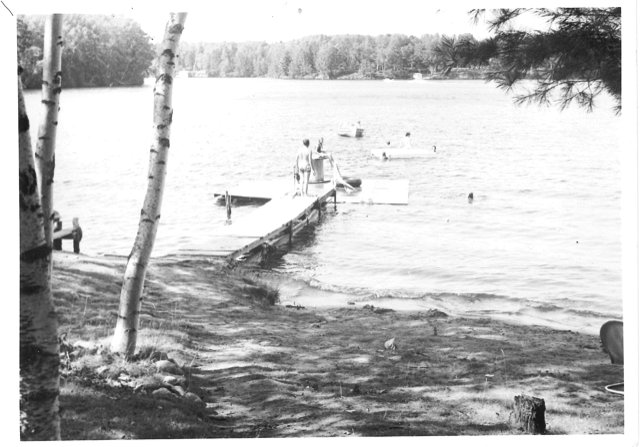 The Beach at Lor-Wood Lodge

After her husband died in 1965, Evelyn ran the resort with the help of her daughter Annette Tellefson for another eight years. In 1969 she passed it on to Annette, who became the new owner.