The Meinel family knew a thing or two about running resorts in Northern Wisconsin. For over 45 years, Walter and Clara Meinel ran a resort on Turtle Lake in Winchester and later one on Rest Lake in Manitowish Waters. Their name was well-known if you were looking for a resort that had “attractive log cabins; real home cooked meals; wonderful sandy bathing beach-where you can enjoy that freedom from usual social conventions.”

Walter Meinel (1889-1971) was born in Hammerbrucke, Muldenhammer Germany. He met Clara Rutz (1893-1976) around Wausau, Wisconsin and the two married in 1917. Eventually,  the two moved up to Manitowish Waters to open a resort.

They first operated a resort in Winchester, Wisconsin on South Turtle Lake from 1926 to 1946. This resort consisted of a main lodge, five cottages, a garage and a boat house. Knowing their strengths and audience, the Meinel’s posted an advertisement in the Kansas City Star that Meinel’s Resort is in the center of Wisconsin’s best Muskellunge fishing country. However, this resort wasn’t meant to last, and in 1946, an Ironwood Daily Globe article states that “Mr. and Mrs. Walter Meinel, who have owned and operated Meinel’s Resort on Turtle lake since 1926, have sold the establishment…” 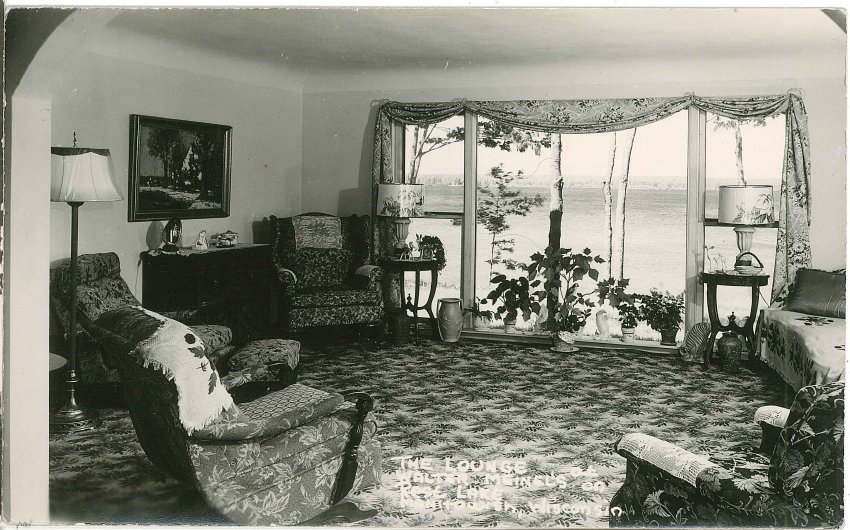 The Meinel’s resort on Rest Lake was in operation between 1946 and 1963. According to maps from Manitowish Waters Chamber booklets from the time, Meinel’s was located on the western bay of Rest Lake and off of Country Road W. The resort was located on Wahoo Road. It too was known as a fishing destination as an article in the Rhinelander Daily News (from 1950) notes the successful fishing outings “vacationers are having at the Walter Meinel resort.” The resort even had fishing guides whose names were George Bazso, John Brunner, Dan Devine Jr. and Fritz Henning.

The resort was more than just a fishing destination, however, and had more to offer. It was known for “deluxe summer homes,” each with a private pier, natural fireplace, heating, comfortable furnishings and more. More advertisements claimed a gradual sandy beach on Rest Lake and activities like shuffleboard and horseshoe. A clipping from the Chicago Tribune shows that Walter and Clara were selling their resort in 1963, “2 bdrm. Modern home and one bdrm. Summer cottage for sale by owner. Improved frontage on Rest Lake, Manitowish Chain of Lakes, all facilities who black top rd. to properties…”

In comparison to other resorts in the area, the Meinel’s resort did not last as long or have as large an impact. However, these family-run resorts give an excellent insight into the people who lived and vacationed in the Manitowish region. The Northwoods are made up of many people like the Meinels: German immigrants, devoted married couples, and tireless business owners. These are the types of individuals who live there today and who make the Northwoods of Wisconsin such a special place.

Other Resorts at this locations since being founded in 1946