My parents bought Oriole in 1990 from Carol Voss. It was the first of the five cabins sold from the 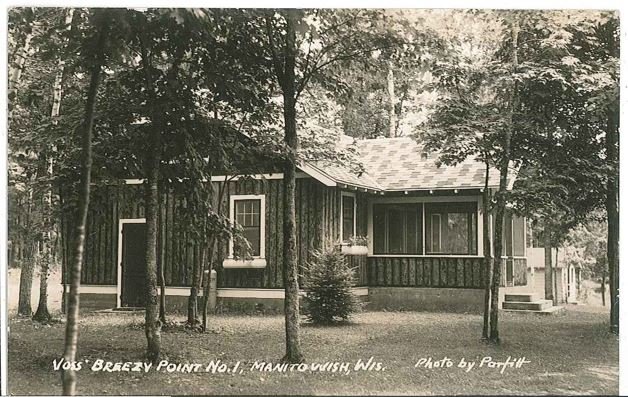 resort. I recall my dad driving from Hurley after work, preparing the cabin for the summer so our family could stay there. He was determined, but my sister and I were unsure what he and my mother had bought. The log cabin was located on what was called Breezy Point, but really it was centered in the bay, just before the point. The property was plush with mature oak, maple, and towering white pines. Unfortunately, the property was also littered with their leaves and branches. There was a concrete staircase with wooden railings taking you from the cabins on top of a hill to the communal beach. On the beach, there was one large swimming dock in the middle of several small docks where you could park your boat. By 1990, the beach had seen better days, overgrown with trees. Another beach was located on the west side of the property in front of Cardinal.

The cabins themselves were all built the same way. They were simple rectangular cabins, logs stacked vertically, with a large window facing the water. Oriole had two bedrooms, a living room, and a small kitchen and bath. Without question, the highlight was the large fieldstone fireplace extending to the ceiling with a large pine mantle just above the fire opening. Oriole even had a giant moose head hanging from the fireplace, overlooking the living room. The exterior logs were weathered, beaten by every form of inclement weather for a half century. There were four other cabins that shared the bay. On the point to the south was Bluebird, followed by Tanager. To the west were two more, Robin and Cardinal. All together, they were called Voss’ Breezy Point Resort. 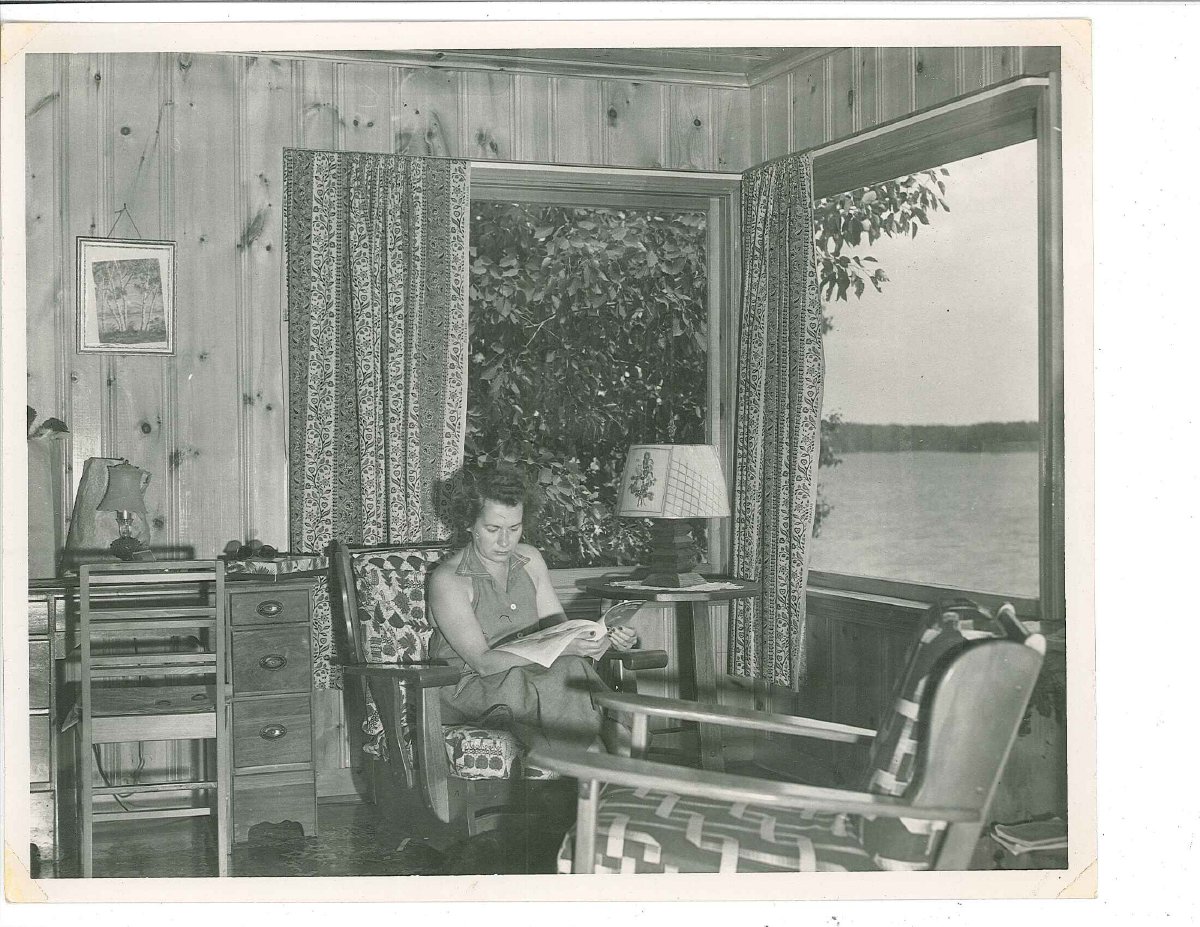 I remember my dad’s excitement when he discovered hardwood oak floors underneath the glued down carpeting in the living room of Oriole. He was equally excited when he pulled down the thin paneling covering the cabin walls only to find beautiful knotty pine tongue and groove wood. After countless hours of sanding, staining, and repair work, the cabin was like new – much like it was when Lloyd Voss first built Breezy Point in the 1940s. 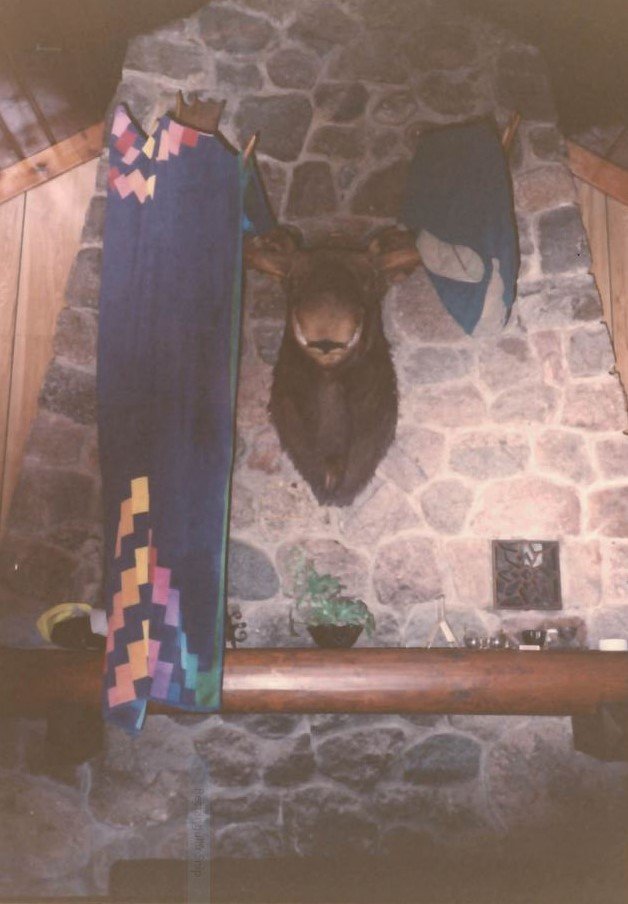 Lloyd was the son of Ruthie and Henry Voss, whose land ownership would extend from Greers Pier Marina to Rocky Point on Island Lake. Ruthie and Henry built their first rental cabin in1910, the same year Lloyd was born. By 1938, the couple had built a magnificent resort called Voss’ Birchwood Lodge. It was here that Lloyd got his start in the resort business, learning from his parents how to cater to guests and working with his sister cleaning cabins. By the 1940s, Lloyd, who was now in his 30s and recently married, decided to build his own rental cabins on his parents land not far from Birchwood. He would call this new collection of cabins Breezy Point Resort.

He and his wife Carol worked tirelessly to establish their resort among the many resorts on the chain. One guest, whose family had rented from the Voss’s, recalled their time at Breezy Point. “Every summer, it was like we had this little resort all to ourselves. The same families rented every year, and we got to know one another on the beach or at the fire pit that sat on the hill overlooking the water.”

Carol and Lloyd’s involvement continued at Voss’ Birchwood Lodge, too. In fact, a walking bridge built across Voss’ Bay connected Breezy Point to the lodge, and many guests would make the short walk for the dining experience. This arrangement continued until 1961, when Lloyd and Carol decided to focus their attention on Breezy Point and their newly constructed Chain of Lakes Marina (now Greers Pier).

In 1995, after Lloyd had passed, the final Breezy Point property, Cardinal, was sold. The cabins were torn down and replaced with larger, more modern homes. I remember the difficult decision it was for my parents to tear down Oriole, as the cabins had been a fixture in this bay for generations. When word surfaced that the cabins would be razed, a local builder offered to deconstruct the cabin, log by log, and rebuild it elsewhere. I recall helping him, but thinking little of the work other than a chore. Perhaps Oriole is still standing today. 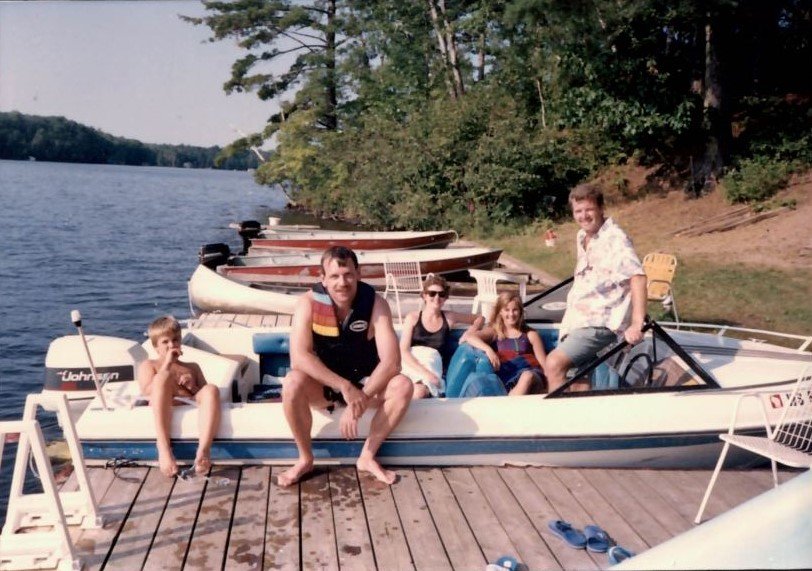 Other Resorts at this locations since being founded in Circa 1940s